Not too long ago, I wrote a well-received article on Team USA basketball.  I talked about the different team forms submitted by the United States to international tournaments since pros were allowed in 1992.  I tried to give some examples of the good times and I touched on the bad times.

It occurred to me: I never offered my rendition of a problem-solver.  So I’m going to follow up that piece with this one—(my prospective) 2012 Team USA.

I have a better name for this iteration too.  Let’s call it the “Fantasy Team”.

Why not name it after one of the “Dream Teams”?

Simple—this is a legitimate chance to create a fantasy team.  There is no other chance to do it (unless you’re playing NBA 2K).  One team cannot afford to build this… an allstar team still separates Western Conference players from Eastern Conference players…  This is an opportunity to take your best fantasy team lineup and make it happen.  Assuming your roster is stacked with U.S.-eligible players.

Couple ends to tie up first.  This is the team that I think BEST represents our country.  I’ve made decisions based on performance—a weighted decision based on career averages and what we’ve seen this basketball season.  I left injured players completely out of consideration—I know Derrick Rose would be an exceptional model of an Olympic athlete, but he’s injured and not taking up space here.  I tried to pick some players that brought some old-school fundamental talents like defense, passing, and rebounding.  But I also blinged out this team with some modern American flair.  Also I went with a 15-man roster, so I think 2 or 3 of my selections are injury replacements only.

The headband is back…

I think this postseason (highlighted and emphasized during this Eastern Conference Finals) has showed that Rajon Rondo MUST be considered a top-3 point guard.  We’re talking about a player that dishes out double-digit assists on a nightly basis.  John Stockton once piled up 1,164 dimes in a season.  That’s an average of 14.2 per game (82 game season)… you don’t think that maybe Rondo could hit that?  And he’s found a nice shot… when he wants to.  Plus he’s the best rebounding point guard in the game.  Yeah, I don’t know if Rondo is good enough to lead a country to the gold medal… but I know he’s at least waiting to get in the game.  My argument for Chris Paul is pretty simple: take Rondo, add some seasoning and maturity and I think you get Chris Paul.  Real solid numbers and a driven mind.  My other selection is Brandon Jennings.  I’m not sure you need a third point guard unless someone gets in foul trouble.  Unless you want to make mop-up minutes exciting.  Got a 40-point lead and 3 minutes left?  Why not bring in Brandon Jennings and let loose?  You may end up winning by 90.

You know Westbrook is gonna look good during ceremonies.

Dwayne Wade is definitely one of the best athletes in the world.  An NBA Champion… a guy who can take charge of a game simply by scoring or making shots for his teammates.  How nice is it that you have enough depth that maybe Wade isn’t your locked-in starter?  I shifted Russell Westbrook from PG to SG.  First of all, I don’t think Westbrook is a true point guard.  He can handle the ball extremely well and he has a good eye for the open man.  But he’s a playmaker.  He is a scorer.  On any team without Kevin Durant, Westbrook could easily be your top scorer.  In fact, I think it’s solely a matter of time before Westbrook tells Durant that maybe he wants to be the top guy, just once (think when Cal asked Ricky Bobby if maybe he could finish first once).  My third option was Monta Ellis.  He’s just another explosive scorer.  Obviously Derrick Rose would probably solidify my trio, but I ruled him out.  Time to give a small-market high-talent player a little international experience.

Hate on the man, but you can’t hate the result…

I don’t need to explain my Kevin Durant pick.  If you want some evidence, just turn on the Western Conference Finals and watch him do work.  The Spurs had an unworldly winning streak that seemed to barely slow down upon OKC’s arrival.  But the last three games, Durant has imposed his will.  He IS the future of basketball and I think any team that includes him has to be considered a favorite for a gold medal.  James… well, a lot of people would say the same thing about him.  Forget the missing clutch moments, put the hate aside, LeBron James is a guy you want representing your country.  His court presence alone creates intimidation.  This is proof that I’m trying to field the BEST team possible—I’m including my archnemesis.  And James Harden… well, I moved him for a guard spot.  Those spots were filled and this team needs James Harden.  And his beard.  Need pesky defense?  Dial up the Beard.  Need spot shooting?  Beard it.  Just need a cool guy that does the small things and makes them look good?  You guessed it—James Harden.

This could happen again. In different uniforms.

Just think about these possibilities.  Kevin Love could potentially prevent the U.S. from ever losing a rebound.  By himself.  And it’s so dangerous to have a big man that can knock down 3’s like it’s nothing.  It stretches the floor, and I just don’t anticipate the rest of the world being so versatile.  We’re on the biggest stage in the world… so you know the Blake Show has got to be in full effect.  Everyone still remembers the Vince Carter dunk.  It was very impressive.  But Blake Griffin is capable to making that video fade into obscurity.  Especially with Chris Paul or Rajon Rondo lobbing it up.  For at least one tournament’s amount of time, we might reside in the United States of Lob.  My Cousins choice is a traditional choice.  Cousins is an even better rebounder than Kevin Love.  Not as adept at shooting.  But when you’ve got an entire team of offensive playmakers, it won’t matter.  We’re talking about the rebounding version of cherry-picking. 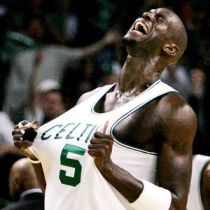 You want this guy pumping you up.

Notice anyone missing?  His name… is Dwight Howard.  And even if he wasn’t injured, I don’t want such a flip-flopper representing my country.  What if his feelings get hurt?  Then he decides he’s always wanted to be Brazilian.  And also he wants Coach K fired.  And maybe he doesn’t want to be fired, he just wants to play with his European friend Dirk.  Shut up, Dwight.  I replaced him with Andrew Bynum, first choice.  Bynum has a beast for almost the entire season.  He proved he could stay healthy.  And he gives Lakers fans a little bit of solace, knowing that Kobe is running out of gas.  KG… what can I say?  The man plays like he’s 10 years younger.  Always intense, always hungry.  And this team needs someone to be “the leader”.  No one will make the rest of his team play with as much passion as KG.  And for putting in a season like he has—when people said he was old and tired and nearly done—why not let him inspire the country.  And Tyson Chandler… well, no one is scoring on that guy.

Look, from spot one to spot fifteen, my team is stacked.  STACKED.  Take any rotation and it’s dominant.

You can play for 3’s—Jennings, Ellis, Durant, Harden, Love.

You can pound the paint.  You can play defense only.  Throw lobs.

Yeah, my team is winning the gold.  And look at the players I just couldn’t pull the trigger on:

That could be your training team.  Put those teams up against each other.  No other country is going to field a team that good.  In fact, that B-team might be good enough to win the gold by themselves.  Go back and read my Team USA history—my “scrubs” might be more appealing than past versions.

Who knows.  The final roster isn’t set yet.  More than likely some of my team will, in fact, make the real Olympic team.  And some of my practice team will actually be on the training team.  One or two might even make the final team.  But me?  I’m putting my team up against anyone you got.

Think someone deserves a spot over one of my guys?  Leave a comment.  Let’s argue validity.  It’s our country—we should have a say. 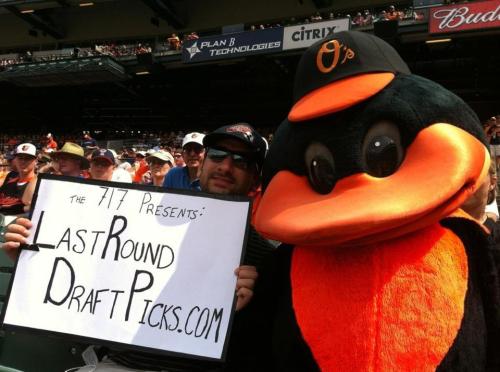